So, I have finally set down to the incredibly difficult task of naming my top 10 albums of the year, considering how good this year was for music. Extreme metal, in particular. Although I would have loved to listen to more album from other genres, but I think it’s more important for me to explore the classics within them first, before moving on to discover newer, promising acts. Anyway, here is a list of Top 10 albums of 2013, according to me: 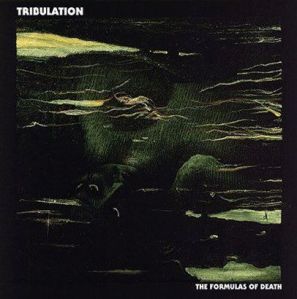 10. Tribulation – Formulas of Death: The Horror was a stereotypical Swedish Death Metal album. Tribulation paid tribute to bands such as Entombed, Grave and Grotesque in the debut album, but Formulas of Death is something entirely different. Shreds of bands such as Necrophobic and Dissection with hints of psychedelia and early heavy metal are dominant in this album. Tribulation sacrifice sheer speed and aggression for “epic” songwriting and well-thought song structures, which is what makes this album so interesting. A very unique album for sure, but stands at the bottom of top 10 due to its tedious length. 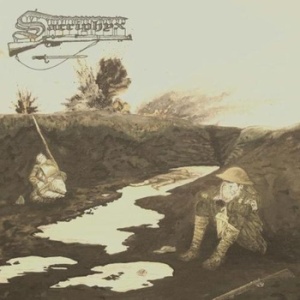 9. Sacriphyx – The Western Front: His Majesty at the Swamp? Non Serviam? Wait, this sounds like Varathron and Rotting Christ, but is neither of the two! The Western Front is hellenic Black Metal effortless fused with Death Metal. The production values are pretty much reminiscent of the bands that Sacriphyx draws massive influences from, but the songwriting is far more bombastic and leaning towards the Death Metal side of things. A more accurate parallel would be with the faster, more aggressive songs off Rotting Christ’s first three albums. A really good album that deserves its here.

8. Ulcerate – Vermis: This album would have been higher on the list if it weren’t for Gorguts’ Colored Sands (spoiler alert, it’s pretty high on this list). Musically, Vermis sounds like a continuation to The Destroyers of All, but is not as powerful. However, despite that, it is still a very solid album with a lot of memorable moments, which are not immediately catchy, but slowly creep in as the album grows on you. This is certainly a grower, but it took an awfully long time to penetrate through the chaotic nature of the album.

7. Portal – Vexovoid: There’s not much to say about this album, except that it is still our beloved Lovecraftian band, but this time with riffs that are easier to digest. This is their most “accessible” album, yet not their weakest.

6. Aosoth – IV – Arrow in Heart: 2013 was a very scarce year for Black Metal. However, Aosoth’s Arrow in Heart made up for the lack of good Black Metal albums. The songs here are much more interesting and captivating than those on the previous releases, with the production also tweaked to suit their sound better. The stylistic approach on this album is still the same as with their other releases, but this is definitely a step in a less droning and more varied direction.

5. Altars – Paramnesia: Australian Death Metal rarely disappoints. Despite the recent surge in cryptic, dissonant Death Metal, Paramnesia stands out due to its compelling and memorable songs, despite their tendency towards dissonance and unconventional songwriting. There are strong hints of Immolation and Morbid Angel scattered around the album, but Altars anything but ape those bands, making themselves differentiable from the number of bands that do. 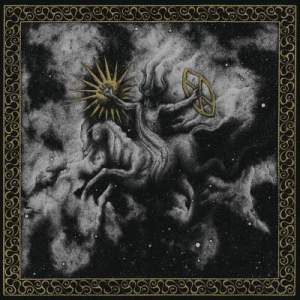 4. Bölzer – Aura: The only EP that I bothered to check out this year, since I received a lot of recommendations for this particular release, and for a good reason. Not often do newer Death Metal bands pay tribute to the old without coming off as derivative or clones. Bands nowadays tend to either play sterile “modern” Death Metal or shamelessly copy Incantation/Entombed/Morbid Angel, right down to the songwriting style. Bölzer take the atmosphere and feeling associated with older bands, but have taken the playing style to an entirely different realm. It is impossible to point out a single band which these guys are influenced by, since their approach to writing songs is new and unique.

3. Gorguts – Colored Sands: 2013 has been a “comeback” year for a lot of old school Death Metal bands. Convulse, Purtenance and Gorguts, in particular. However, the former two released forgettable and bland comebacks, which I wish never happened. Calling Colored Sands a “comeback” album would be an insult, since Gorguts are clearly not attempting to appease any particular fanbase or cash in to the resurfacing interest in old school Death Metal. Colored Sands is a logical progression from “From Wisdom to Hate”. It is a progression, meaning that it isn’t a tried-and-tested formula meant to draw the interest of an older fanbase and regain relevance. It is not an attempt to try something radically new, resulting in them falling flat on their face. The band has always been intelligent in its transformation, with their sound developing into what it is now, with each release. Colored Sands is not only musically brilliant, but the concept and themes that revolve around the album are very atypical of the genre. The songs are as memorable as they got for Technical Death Metal, with a perfect balance between brutality, technicality and feeling. I doubt I can write enough about this album here.

2. Grave Miasma – Odori Sepulcrorum: I was never impressed by Grave Miasma. Ever. I always thought that other bands, such as Cruciamentum and Dead Congregation were making music along the same lines, at least hundred times better than Grave Miasma. Then this album came along and made me realise what I fool I was. Although this album uses the same formula as other bands that like Incantation a little too much to have their own sound, this is way more memorable and original in comparison to most other bands, barring Dead Congregation. Again, what separates this album from the hundred other Onward to Golgotha/Mortal Throne of Nazarene clones is the sense of what makes a song. The fact that this isn’t just a bunch of reverb-drenched, “evil”-sounding riffs pasted together into songs is a breath of fresh air, and when this style of Death Metal is done thoughtfully, it is nothing but pure bliss.

1. Inquisition – Obscure Verses For the Multiverse: I don’t even need to write anything about this. The best album this year by a long shot.

There are a lot of other albums that I would have loved to include in this list, but with the large number of excellent releases, it was very difficult to do so. Here are about 5 more releases, which could easily fit into ranks 5 through 10 of the above list:

There are a lot more albums that I enjoyed listening to, such as Obliteration‘s Black Death Horizon, In Solitude‘s Sister, Immolation‘s Kingdom of Conspiracy, Zealotry‘s The Charnel Expanse to name a few, but like I said, it was incredibly difficult to set such a list without missing out on some great releases. I wonder how 2014 would be for music.