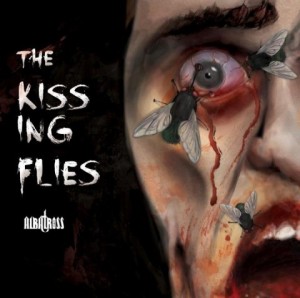 Let me get one thing straight. I’m one of those people who “grew out” (for lack of a better word) out of Traditional Heavy Metal years ago. My teenage years began with an explosion of Iron Maiden, Motorhead, Saxon and Judas Priest – but as time dragged its heavy boots over my sun-scorched back, I found myself reveling in the dark atmospheres and chaotic music of death metal, sludge/doom, grindcore, powerviolence and hardcore/crust punk. It you asked me what I’d rather listen to – Scorpions ‘ In Trance, or a new tape demo from an obscure blackened crust band – I’d take the latter within a fraction of a heartbeat. However, once in a blue moon a band playing pure unadulterated heavy metal comes up and smacks me in the face out of nowhere. That band renders me incapable of thought. I find my hands forming the horns and my mind dizzily goes back into the days of my youth, when singing along to Queensryche was the order of the day. I can proudly say that I’ve had that done to me recently by a band from – out of all possible locations – Mumbai, India. Ladies and gentlemen, that band is Albatross.

The release I’m reviewing from this band is their split with U.S. Heavy/Doom Metal band Vestal Claret. However I’ll solely be focusing on Albatross’s side of the split, which is entitled “The Kissing Flies” and comprises of 3 tracks including an intro entitled “Wither.” Straight from the get-go, Albatross get down to business with a dizzying array of riffs, ranging from the thrashy to the melodic, doomy to the rock-ish. Guitar leads pop out of nowhere to keep the song-structure intricate and interesting, bringing to mind the early work of US Heavy/Power Metal masters Jag Panzer as well as Danish legends Mercyful Fate. Speaking of which, vocalist Biprorshee is a surprise package on his own – I have honestly never heard any South Asian vocalist with the kind of style and charisma that he brings to the table. He wails, he croons, he sings, shrieks, all of that in a manner in which will make the make the biggest King Diamond fan curl his face up into a smug, satisfied smile. Indeed, with the lively – if a tad bit underplayed on the production end – drum performance keeping the percussive force of the music pounding and grooving, it seems throughout the course of the material that it would take an avalanche of drastic proportions to stop what Albatross has set out to do.

With just three minutes into the first proper song “Uncle Sunny at the Tavern” it becomes apparent that chief songwriter Riju and the crew have spent hours in the dungeons of true metal, honing their craft and sharpening their blades. By the time you get to the end of the title track, you realize that Albatross have not just conjured up their metal icons, but rather aimed to ascend even them. The daring, adventurous songwriting, supplemented by the genuinely poetic lyrics and enigmatic vocal style, takes you through more twists and turns than a roller-coaster ride through Stephen King’s Dark Tower series. I chuckled a bit at the “Horror Metal” tag when I first came across this band, but they truly do deliver in the story-telling. The title track is a masterpiece of composition in itself but you’d be a fool to take the CD out before the final track “From Ashes to Life” which truly has the most infectious and memorable riffs in this collection of songs – and that’s saying something, considering the preceding material. Massive, gigantic riffs thrusting themselves upon you like a tidal wave, leaving you drenched in the power of the music.

Albatross are a well-rounded, well-honed machine and armed with a slightly better production job they could easily become one of the better Heavy Metal bands out there today. Not that there’s anything immediately wrong with the production here – the guitars have a nice tasty crunch to them, and the clean vocals are mixed nicely into the heavy pounding of the music – but as a wary listener-turned-rabid fan, I just feel that the possibilities for them are endless. There is a lurking feeling in my ears, that despite this 25 minute offering of pure unadulterated, testosterone fueled metal, there is much more to come from Riju’s crew. Don’t believe the hype of them being a flat King Diamond worshiping band. There is much more to them than what you could possibly expect.

Read my interview with Albatross.

Listen to The Kissing Flies.