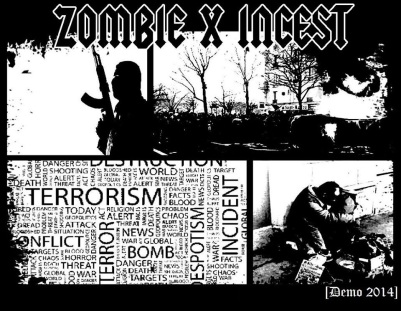 Holy Powerviolence! Who would have thought that this style of extremely fast, loud, obnoxious and raging punk music would infiltrate the Himalayas? Well, not most people in the world but this particular reviewer isn’t very surprised at the recent emergence of Zombie X Incest from Nepal. The country is already home to metallic hardcore titans Jugaa and it was only a matter of time their influence spread out to younger acts.

In fact, this young Powerviolence/Hardcore Punk act chooses to begin this live set off with a Jugaa cover, the booming mosh riffs being heard alongside the chatter of some crowd that gives the perfect ‘small club’ setting to this live demo. After the cover is done with, they move onto their own original tracks “Revolt” and “Purnibiram” which exhibit the band’s contemporary style of PV indebted to the likes of Magnum Force and Sex Prisoner. I use the word contemporary, because they don’t play the spastic, unpredictable kind of PV of the 90’s that was exhibited best by Spazz and Man Is The Bastard. Zombie X Incest’s style of fast, loud punk music would better be described as Fastcore/Thrashcore (people prefer the former because some metal nerds confuse Thrashcore with Crossover Thrash) but that style seems to have just blended into powerviolence over the last few years with the proliferation of groups such as ACxDC. Indeed, the band even cover one of their tracks “Leech” on this live demo, before delivering their fan favorite “Why So Serious” which sounds like it would be real fun to mosh out to – especially with that Batman/Joker line, haha.

Considering the nature of this band, and the fact that they’re the first powerviolence act in Nepal, I think that the choice of a demo recorded live at a gig is the best way to showcase themselves to punk and hardcore fans outside their home country. There is a sense of urgency, and more importantly – a real FUN vibe going on here that makes me want to just run around and throw myself on the wall for no good reason. Looking forward to the Nepali scene growing as well and inspiring other South Asian countries to make some fast fucking punk to let out their aggression. 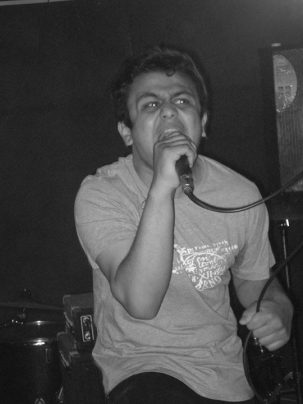